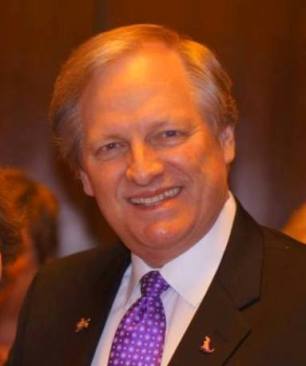 On April 9, 2010, the third “Patricia L. Kanan Award for Outstanding Service” was presented to David Frei, longtime friend of the ACKCSC and the Charitable Trust's 'official live auctioneer'.

For years David Frei was known to many people as the "Voice of Westminster" from watching the Westminster Kennel Club dog show on television.  To say his passion is ‘dogs’ would be an understatement; how many people do you know that can make their living talking about dogs, what they were bred for, their temperament, their health and their favorite activities?  David is a rare individual indeed, promoting the inherent bond between dogs and humans, establishing the “Angels on a Leash” canine therapy organization that brings canine companions to hospitalized patients, extended care facility residents and hospice patients.

His connection to the Charitable Trust started in 2004 when a longtime friend asked him to be the ‘guest’ auctioneer for the ACKCSC Charitable Trust live auction occurring in Seattle.  He may not have known it at the time, but this was going to become an annual event on his appointment calendar.  His ability to read people and get the ‘bidding wars’ going on items that you’d never think possible makes him the greatest threat to every banquet attendee’s credit cards; which means that the biggest winner of all is the Charitable Trust.  Little did he realize back in 2004 that there were going to Cavaliers in his future; at least they are Blenheim color and match his Brittany Spaniels.

David has the rare opportunity to be heard by millions through his television guest appearances.  His background in public relations helps him make the most of each opportunity and when appropriate speaks to all about the work of ‘Parent Clubs’ and the work that they do to promote and improve their breed.  He is not above siting the ACKCSC as a parent club that has a focused effort to improve their breed through their Charitable Trust.